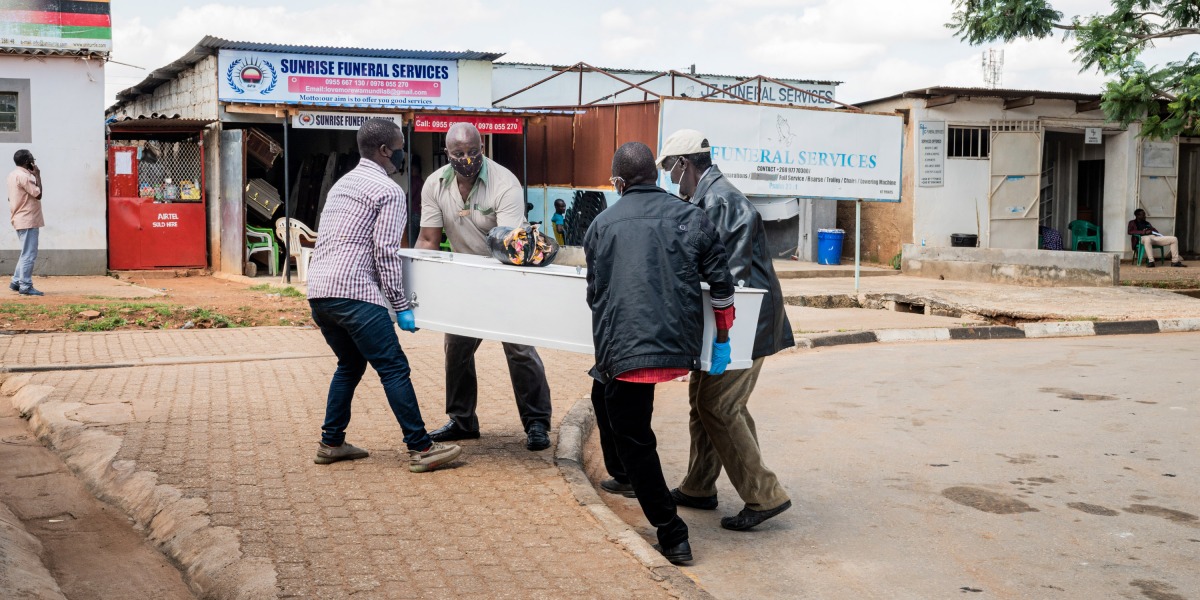 Still, as a rare attempt to probe Africa’s death toll with clinical data, the BU team’s work has had a significant impact, outside experts say. Before its first paper, says Watson, who’s worked on several studies related to covid-19 in low-income settings, there was a “fairly equal balance” within academia between those who believed there was “something fundamentally different going on in Africa that meant there wasn’t that much death occurring” and those who emphasized a lack of data.

The Zambia study, he says, played an important role in “shifting the narrative” toward the latter idea. Uganda’s Kirenga says the study resonates with his observations of likely undercounting there. But Roma Chilengi, special covid-19 advisor to Zambian president Hakainde Hichilema, who also heads the organization that compiles Zambia’s official surveillance data, says he still believes the pandemic hasn’t been as deadly in his country as expected: initial fears it would “sweep like wildfire,” he told me, haven’t come to pass. Still, Chilengi broadly agrees with the BU team’s conclusions. “As an exploratory observation, there’s no doubt we had a lot of people who died of covid but were not diagnosed,” he says.

Beyond the UTH cadavers, a growing body of nonclinical studies has also added heft to the assertion that a majority of Africa’s deaths have been missed. A paper published in The Lancet last May, which tracked nearly 6,800 confirmed or suspected covid-19 patients referred to critical-care facilities in 10 African countries, found that fewer than half were admitted and 48% of those who were died within a month. According to the paper’s authors, this represents excess in-hospital mortality of 11 to 23 deaths per 100 patients compared with the global average—a figure they link to insufficient staffing and the frequent absence of life-saving interventions like oxygenation and dialysis.

Although Zambia was not included in the study, locals told me treatment gaps there were also acute. Sky Banda, a 58-year-old resident of Kaunda Square, a compound named after Zambia’s first president, says many community members who fell ill during the height of the pandemic viewed hospital admission as a “ticket straight to the mortuary.” Most opted for home-based herbal treatments instead.

Onechi Lwenje, a 36-year-old filmmaker who spent a week in the covid-19 ward at UTH during Zambia’s second wave in early 2021, says staff were so overwhelmed that some patients would die and not be discovered for hours. “Most people who went into that ward never came out,” he says.

Although death records from Africa remain patchy, attempts to approximate excess mortality through statistical workarounds also support the theory of substantial undercounting. A machine-learning model developed by The Economist, based on more than 100 indicators that correlate with excess deaths in countries where that data is available, suggests Africa has seen 1.1 million to 3 million excess deaths since the start of the pandemic. A model from the University of Washington’s Institute of Health Metrics and Evaluation, included in a paper published by The Lancet in March, puts the number, as of December 2021, at 2.1 million for sub-Saharan Africa alone, with a central estimate for Zambia of 81,000—20 times the official toll of 3,967.